Pollard Racing for the Super Late Model Community at SRX

The short track ace will race at Five Flags against the legends of motorsports.

Taking part in a media production day for the first time in his career prior to the Superstar Racing eXperience season debut, Bubba Pollard shared a figurative locker room with the likes of Tony Stewart, Bubba Pollard, Hélio Castroneves, Bobby Labonte, Marco Andretti and Paul Tracy.

There, he was set to take part in the requisite photo shoots, commercial shoots and general CBS Sports marketing activation similar to the Cup Series or IndyCar. It was a major league environment for the short track icon.

"It wasn’t for me," Pollard said with a earnest laugh that the short track community knows all too well.

True to his reputation, the 35-year-old is a Northwest Georgia country boy, a blue-collar construction and waste management worker during the week and a short track weekend warrior in between. Respectfully, the glitz and glamour hasn’t appealed to Pollard in a long time.

Before becoming a Super Late Model mainstay on both pavement and dirt, Pollard was a Roush Fenway Racing: Driver X reality show participant and occasional ARCA Racing Series competitor. That didn’t work out and Pollard has spent the past 15 years amassing an enviable resume in the short track ranks.

Pollard is a winner of the prestigious All American 400, Slinger Nationals and Oxford 250. He is the 2013 Southern Super Series champion and 2019 World Series of Asphalt champion at New Smyrna Speedway. It’s far easier to state the only accomplishment missing from that a resume -- a win in the Snowball Derby at Five Flags Speedway.

His next shot at the Tom Dawson Trophy will not come until December but winning the inaugural SRX race at what has become his most successful venue is front and center this weekend.


"It's going to be fun," Pollard told Racing America last week before Money in the Bank at Berlin Raceway. "It's a great experience. Hanging out with those guys. A new experience. It's just fun.

"There's pressure, obviously, to go out and perform against those guys. At the same time, Five Flags is a place that I have a lot of laps at, which is important, because we don't get a lot of time on Saturday.

"Going to do the best I can. There is a lot of people coming down from back home to watch. SRX is doing a lot of great things by including us short trackers and racing against those guys. It's a once in a lifetime opportunity and I want to win."

Pollard has a tremendous fan base who believes he should have been racing with the likes of Stewart, Labonte and Ryan Newman well over a decade ago. Pollard respects their accomplishment but didn’t feel starstruck in any capacity during the production shoot.

"I don't get caught up in that stuff too much," Pollard said. "I think everyone is the same. It doesn't matter who you are, where you come from or what you do, it's all the same.

"I don't get caught up in that too much. It's how I was raised. It's cool to look back someday and tell your family this is what you did. It's going to be a cool experience. Tony talked to us a little bit and it was nice. Some of the open wheel guys talked to me before the oval guys did. That was surprising."

Stewart is hoping to get to know Pollard better both on and off the track on Saturday because he ran out of time for a lengthy conversation during the production day in Charlotte, North Carolina.

"To see how excited Bubba was to have the opportunity to run with us is what SRX is about in my opinion," Stewart said. "We got to race with Doug Coby, Bobby Santos III and other really cool local guys that did an amazing job."

Stewart expects Pollard to pace the field in practice on Saturday afternoon.

"If we're smart, we're going to line up right behind him in practice because he will know every nuance of Five Flags. If you can figure out where he's running, where he's lifting and getting back on the gas. We've used these ringers to show us the line, show us the fast ways around this place."

Stewart is no stranger to short track history and knows Pollard's place in the discipline too and believes this could be a big weekend for his place in the national spotlight.

"I know what he's all about and what he's accomplished," Stewart said. "To have a national audience, could be huge for him in the same way it was for Doug Coby getting a Truck Series ride or Ernie Francis getting a full-time Indy development ride. That's a really cool thing for these ringers who get to come in and showcase their talents." 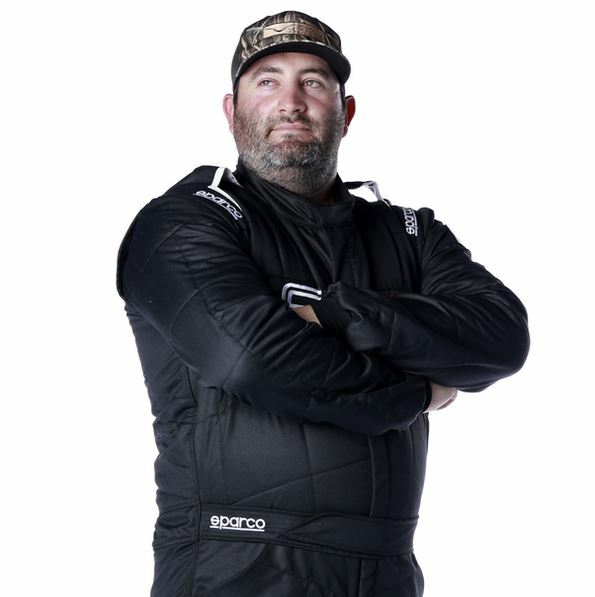 Pollard doesn't know about all that, but he's mostly excited to represent the discipline he's spearheaded for over a decade. He says he's racing for all the short track aces he's done battle across the country with during that time.

"The thing is, what better place to do this than Five Flags," Pollard said. "It's a place I call home and have a lot of fans at. I hope I can make them proud, the short track community in general, because there is a lot of talent in what we do.

"Some people get opportunities, and some don't because they don't get timing. Hopefully we can represent short track and Super Late Model racing and show what we're about -- the guys we race against every week."

Who is Racing This Week in SRX at Five Flags?